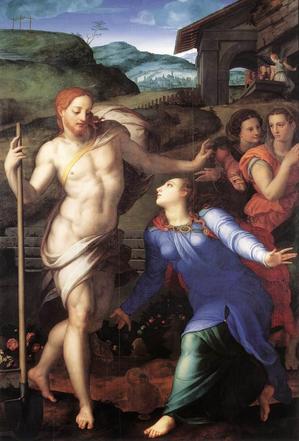 Proper of the Mass

Those of you who were followers of the preaching of our Holy Father emeritus, Pope Benedict XVI, would have noticed how consistently he commented on the Proper of the Mass. The Proper of the Mass — the Introit, Gradual, Alleluia, Sequence (when there is one), Offertory, and Communion — are those chants, drawn principally from Sacred Scripture, that form the context for the other variable elements of every Mass: the Collect, Secret (Prayer Over the Oblations), Postcommunion Prayer and, of course, the Word of God given us in the Missal and Lectionary.

One cannot ignore the Proper of the Mass without deconstructing the theological architecture of the celebration. The Proper Chants of the Mass are not decorative, they are structural. Decorative elements can be changed or moved at will; structural elements cannot. When they are displaced, the harmonious whole of the Mass disintegrates.

This being said, let us look at two elements in today’s Mass: the Introit and the Sequence. Today we have the third Introit of Pascha. The first, on Easter Sunday morning, allowed us to hear, and participate in, the ineffable conversation of the Risen Son with His Father: “I arose and am still with you, alleluia: you have laid your hand upon me, alleluia: your knowledge is wonderful, alleluia, alleluia (Psalm 138:18, 5-6).
The second, yesterday morning, was addressed to the newly-baptized: “The Lord has brought you into a land flowing with milk and honey, alleluia; that the law of the Lord may be ever in your mouth, alleluia, alleluia (Exodus 13:5-9).

Today’s Introit, drawn from the book of Ecclesiasticus, recalls what happened to the catechumens baptized in the night of Pascha: “He gave them the water of wisdom to drink, alleluia: it shall be made strong in them and shall not be moved, alleluia, and it shall raise them up forever, alleluia, alleluia” (Ecclesiasticus 15:3-4).

This water of wisdom is the very water that Our Lord promised to the Samaritan woman on Friday of the Third Week of Lent. “He that shall drink of the water that I will give him,” says Jesus, “shall not thirst for ever: but the water that I will give him, shall become in him a fountain of water, springing up into life everlasting” (John 4:13-14). It is the water of divine grace, the water of Trinitarian life that gushes from the Open Side of the Crucified and Risen Lord, irrigating the souls of the baptized, and making the Church resplendent with holiness. This is an unfailing stream of water. It is an impetuous torrent that will never dry up, because its source is in God. Those who yield to its power will be carried into God to live in His Love and in His Light forever.

The Aqua sapientiae, the water of wisdom, reaches us, and irrigates our souls, through the channels of the sacraments. One who stays away from the sacraments will suffer from spiritual drought. The fruits of the Holy Spirit will become scarce. Those that do appear will be paltry and, in the end, will dry up. Sin creates a blockage in the irrigation of the soul. Confession and absolution remove the obstacles that clog the flow of grace. The festival of Divine Mercy, that will be celebrated this coming Sunday, is a compelling invitation to the Sacrament of Penance. The mystery of sacramental absolution renews the grace of Baptism, and opens the heart to the living water that flows from the pierced Heart of the Merciful Christ.

The second element of today’s Mass that merits special attention is the Sequence. It is about one thousand years old. The word Sequence means something that follows another: the Sequence of the Mass follows the Alleluia and, in a sense, springs out of it.

Father Maurice Zundel writes of the Sequence in characteristically poetic terms. This is what he says:
When the Alleluia, having soared to its highest point, bends earthward once more to return to vocal chant, a rocket, as it were, dissolves into sparkling stars, the neums spread out into a shower and give rise to the Sequence.

The Easter Sequence, Victimae Paschali Laudes, is attributed to one Wipo (died c. 1050), a court chaplain of the emperors Conrad II and Henry III. It is the most popular of the medieval Sequences. It inspired countless para-liturgical dramas or vivid representations of Mary Magdalene in dialogue with the Apostles within the context of the liturgy itself.

Praise to the Lamb

The first and second verses of the Victimae Paschali Laudes call the sheep, all who share in the redemption wrought by Christ, to offer their praises to Christ the immolated Lamb. Jesus, the “lamb without blemish” (Exodus 12:5), reconciles sinners, sheep marred by sin, to the Father (cf. Isaias 53:6).

The third verse describes the Passion as an epic struggle between death and the Prince of Life. It echoes 1 Corinthians 15:54-55: “Death is swallowed up in victory.” We call our Lord the Dux vitae, the Prince of Life, and the One who leads us into life with Himself.

In the fourth verse, the Apostles interrogate Mary Magdalene: “Tell us, Mary, what thou sawest, as thou wentest on the way.” Mary Magdalene, the apostola apostolorum, replies by singing of the glory of the risen Christ (cf. Jn 20:18), of bright angels (cf. Mark 16:5 and Luke 24:4) and of the empty tomb (cf. John 20:12-13). She proclaims to the apostles that “Christ, her hope is risen,” and obedient to the Lord’s injunction (Matthew 28:10), announces that he goes before his own into Galilee.

The final verse, a triumphant confession of Christ’s resurrection, is sung in unison by the entire chorus: the faithful, Mary Magdalene, and apostles. The very last line, a plea for mercy, addresses Jesus as Victor Rex, the Victor King (cf. Apocalypse 19:16).

What Earlier Generations Held As Sacred

In Summorum Pontificum Pope Benedict XVI gave us a guiding principle that we need to put into practice with a joyful docility. Listen to what he says:

What earlier generations held as sacred, remains sacred and great for us too, and cannot be all of a sudden entirely forbidden or even considered harmful. It behooves all of us to preserve the riches which have developed in the Church’s faith and prayer, and to give them their proper place.

Past, Present, and Future

Pope Benedict XVI set an example for the whole Church by restoring, with serenity and determination, elements of our Catholic patrimony that were in danger of being relegated to museums. By doing this, he taught us that the Church remains forever young: that being Catholic means that nothing of what the Holy Spirit has given to the Church is locked in an irretrievable past. One who negates the past, or attempts to put its treasures into storage, negates the future, and impedes the grace of new life. “Choose therefore life, that both thou and thy seed may live” (Deuteronomy 30:19). Christ, our Hope, is risen, and goes before us.