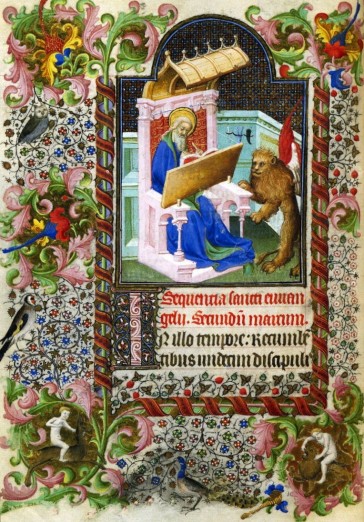 Before bowing out of the ongoing discussions on liturgical reform, I should like to clarify three points.

N.B. The discussion remains crucial because the lex orandi (that is, the whole order and content of the liturgy) grounds, shapes, and expresses the lex credendi (that is, the integral body of Catholic doctrine), and the lex credendi determines the lex vivendi (that is, Catholic moral and ethical principles and practice). Wheresoever the splendour of divine worship shines forth, there too will the splendour of the truth shine forth; and wheresoever the splendour of the truth shines forth, the beauty of holiness will shine in the hearts of the faithful and on their faces. The beauty of holiness, illumined by immutable truth, is, as it were, conceived and communicated in the sacred liturgy. Right worship makes for right belief, which makes for right living. Pope Saint Pius X said it in 1903:

1. My reflections on the  1965 Missale Romanum — not really an edition at all, but rather, as Dr Joseph Shaw has pointed out, an application of the Instruction Inter Oecumenici to the existing Missal — aimed at arguing that it would have been better all around if it had been kept in place for several generations or, at least, until the intentions and prescriptions of Sacrosanctum Concilium were clarified and sorted out. Certain of them would have certainly fallen by the wayside. This did not happen. Instead, by a wonderful disposition of God’s Providence, Pope Benedict XVI gave us Summorum Pontificum which, after a manner of speaking, cleared the field and so affords the Church a much needed spatium in which to recover from the liturgical traumas of the past fifty years.

2. I laud and support the brilliant achievements of individual parish priests and of groups that use the so–called Ordinary Form or Novus Ordo Missae with dignity, beauty, and reverence. I am thinking, in particular, of the stellar Communauté de Saint–Martin, and of various abbeys and Oratories. For myself, I can no longer spend my energies in that particular labour. As I explained elsewhere, I seem to hear Our Lord chiding me, saying: “How many cares and troubles thou hast! But only one thing is necessary; and Mary has chosen for herself the best part of all, that which shall never be taken away from her” (Luke 10:41–41).

3. I maintain that the real difficulty with the current reformed Missal is that its flawed infrastructure cannot bear the weight of continual wear and tear. It is a modular liturgy which, because of the multiplicity of options inherent in it, makes unrealistic demands on both priest and people. One finds oneself occupied and preoccupied with assembling and disassembling the various modular elements that make it up. Inevitably, my two laws of degenerative liturgical evolution come into play: 1) Elements of the rite tend to be neglected and, in the end, disappear altogether, in direct proportion to the number of options by virtue of which they may be replaced or modified; and 2) The gravitational pull towards liturgical minimalism tends to increase in direct proportion to the number of options left to the choice of the celebrant. The liturgy is not something that men fashion for various occasions and venues; it is the mystery, ancient and ever new, wherein the Church is fashioned and re–fashioned by the gentle and mighty action of the Holy Spirit.