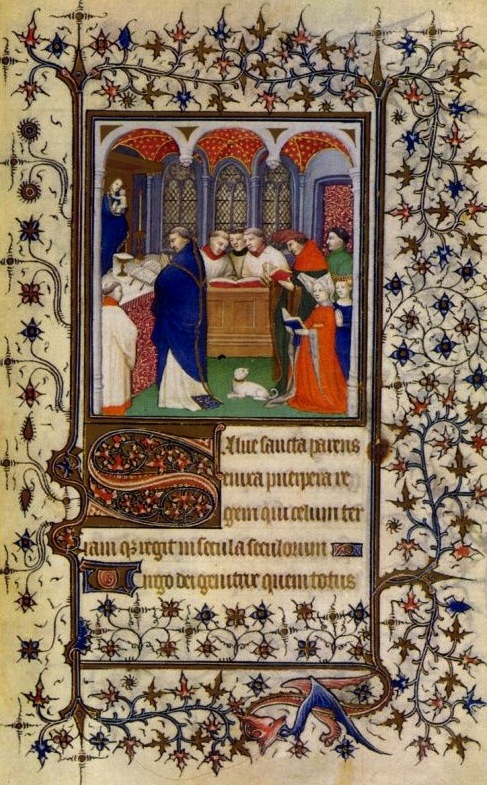 Father Hugh Somerville-Knapman, a Benedictine monk of Douai Abbey, has posted a brilliant essay on the sacred liturgy. For vast numbers of the faithful, the liturgy has become something unsettled and unsettling. Dom Hugh writes:

Monks live liturgy. “Let nothing be preferred to the Work of God” (Rule of St Benedict 43:3) our holy father St Benedict bids us. The Divine Office and the Mass punctuate and structure our day, uniting our lives with Christ’s sacrifice of perfect praise in his Body and Blood on the Cross. This union is what gives the monk’s life its truest and deepest value. A monk with no taste for liturgy is akin to a bird who fears to fly: things can only be difficult and frustrating. So if some of us monks seem to be endlessly focusing on liturgy, you might cut us some slack. For us, the liturgy is the privileged way to live in Christ’s Body, a privilege which necessarily imposes demands on our daily living outside the liturgy. These demands we spare no effort to meet faithfully, though we so often fail.

Father Thomas Kocik‘s article of 9 February 2014 (see The New Liturgical Movement) discussing his long–standing and courageous commitment to the “reform of the reform” and his disillusionment with the possibility of it being realised dovetails with Father Hugh’s observations. I was, at one time, as deeply committed to the reform of the reform as was Father Kocik, having contributed to the Beyond the Prosaic conference at Oxford in 1996 and to the book that followed it. Like Father Kocik, although several years earlier, I came to see the futility of trying to repair something that, at bottom, is structurally unsound. Nowhere is the old adage, “Haste makes waste”, truer than when applied to the precipitous reform of liturgical rites and the books that contain them. In most places the liturgical landscape has become a dreary wasteland. The liturgical rites and books prepared so feverishly in the wake of the Second Vatican Council have been tried and found wanting.

There are, it is true, liturgical oases here and there, where the reformed rites are carried out intelligently, with dignity, reverence, and devotion — I am thinking of certain communities, monasteries, and parishes, the Communauté de Saint–Martin, for example — but these subjective qualities cannot make up for the objective flaws and structural weaknesses inherent in the same rites.

Although I am content with the sacred liturgy as we celebrate it here at Silverstream Priory, using the 1962 Missal and the traditional Benedictine choir books for the Divine Office — however modestly and humbly, and with limited means — I affirm and share the conclusions and aspirations of both Father Hugh and Father Kocik. The passing of the years has demonstrated the intrinsic inadequacies of the reformed liturgical books of the last post–conciliar era.  The cracks in the post–conciliar liturgical edifice became evident almost as soon as the new rites began to be “lived in.” Today, the same edifice appears like so many shabby buildings put up hastily during an economic boom, now revealing their structural flaws, and threatening imminent collapse.