Skip to content
HomeBeatitudesDisarmed by the Meekness of God 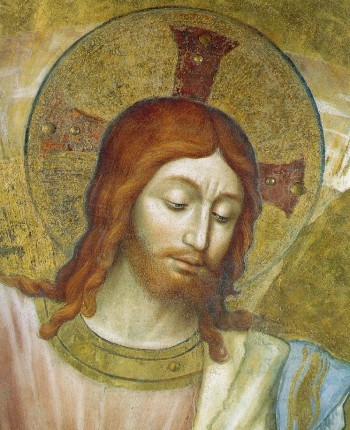 Blessed are the meek: for they shall possess the land.

A Sound of Sheer Silence

The meek man will be a lover of silence, and the lover of silence will be meek. Quietness and meekness go together.  What is meekness in God, and what is it in man?  Meekness is more than the mere absence of aggressivity; it is more than the quality of being unthreatening, gentle, and approachable.  By not seeking to impose himself, the meek man graces others with the freedom to respond to him sincerely and from the heart. The meek man is content to wait for the response of another. He never forces the outcome of an encounter, or tries to attain his own ends by coercion.

One cannot gaze upon the Sacred Host without being touched by the meekness of God. The Most Holy Sacrament of the Altar is the real presence of the Lord God of Sabaoth, the God concerning whom the prophet Isaias wrote:

I saw the Lord sitting upon a throne high and elevated: and his train filled the temple. Upon it stood the seraphims: the one had six wings, and the other had six wings: with two they covered his face, and with two they covered his feet, and with two they flew. And they cried one to another, and said: Holy, holy, holy, the Lord God of hosts, all the earth is full of his glory. And the lintels of the doors were moved at the voice of him that cried, and the house was filled with smoke. And I said: Woe is me, because I have held my peace; because I am a man of unclean lips, and I dwell in the midst of a people that hath unclean lips, and I have seen with my eyes the King the Lord of hosts. (Isaias 6:1–5)

The Courtesy of God

At the same time this Thrice–Holy God, enthroned in glory and adored by angelic choirs, “shall not cry, nor have respect to person, neither shall his voice be heard abroad. The bruised reed He shall not break, and smoking flax He shall not quench” (Isaias 42:2–3). When you go to adoration, do not expect to be pressured by God. Be certain, rather, of encountering a God who is infinitely gentle. He is humble, courteous, willing to wait, and unwilling to impose Himself on the one who approaches Him. Who is there upon the altar if not the Lamb who, in meekness and silence, went to His most bitter Passion?

Do not mistake the meekness of God for indifference on His part, nor for an unwillingness to communicate with you. Those whom He invites to adoration are dear friends with whom He shares the secrets of His Heart. “I will not now call you servants: for the servant knoweth not what his lord doth. But I have called you friends: because all things whatsoever I have heard of my Father, I have made known to you” (John 15:15).

The meekness of God in the Sacred Host means that one must be apprenticed to the prayer of adoration over time. It is only because we are not meek, because we would impose our own conditions, and expectations, and timetables on God, that we find adoration tedious. By allowing oneself to be disarmed by the meekness of the hidden Christ, one becomes capable of “possessing the land,” that is, of being at home amidst the things that God has prepared for His adorers, His friends: “Which none of the princes of this world knew; for if they had known it, they would never have crucified the Lord of glory. But, as it is written: That eye hath not seen, nor ear heard, neither hath it entered into the heart of man, what things God hath prepared for them that love him. But to us God hath revealed them, by this Spirit. For the Spirit searcheth all things, yea, the deep things of God” (1 Corinthians 2:8–10).