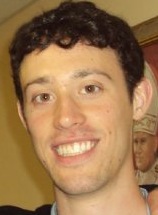 Elsewhere Saint Oliver is kept on 1 July; as the feast of the Most Precious Blood occurs on the same day in our calendar, Saint Oliver is moved to 4 July. Saint Oliver was received as a Confrater or Oblate of Saint Benedict when the English Benedictine, Dom J. Corker, clothed him in his scapular. Saint Oliver Plunkett’s head is venerated just down the road from us in Saint Peter’s Church, Drogheda; his body rests at Downside Abbey in England.

Saint Oliver Plunkett (1 November 1625 – 1 July 1681) was the Roman Catholic Archbishop of Armagh and Primate of All Ireland. He cared for the Church in Ireland in the face of English persecution. living in poverty, lowliness, and ceaseless apostolic labours. Betrayed by two disgruntled and libelous Franciscan Friars, John MacMoyer and Hugh Duffy, who had been nurturing a resentment against him, Dr Plunkett was eventually arrested and tried for treason in London.
Saint Oliver readily forgave his betrayers and, wearing a Benedictine scapular, the sign of his spiritual union with his friends, the sons of Saint Benedict, went to his death with serenity and good cheer, professing his loyalty to the Catholic Faith and to the Holy See until the end. On 1 July 1681 he was hanged, drawn and quartered at Tyburn, and became the last Roman Catholic martyr to die in England. Oliver Plunkett was beatified in 1920 and canonised in 1975, the first new Irish saint for almost seven hundred years. 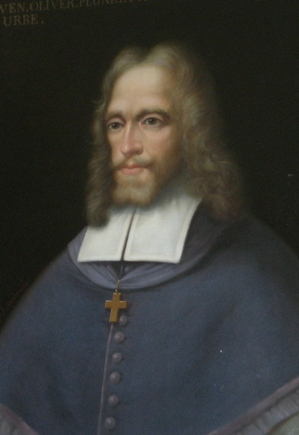 I cannot as yet pretend to give you, as you desire, a description of the virtues of the glorious archbishop and martyr, Dr Oliver Plunkett. After his transportation hither, he was, as you know, closely confined and secluded from all conversation, save that of his keepers, until his arraignment, so that I can only inform you of what I learned, as it were, by chance, from the mouths of the said keepers, that is, that he spent his time in almost continual prayer; that he fasted usually three or four days a week with nothing but bread; that he appeared to them always modestly cheerful, without any anguish or concern at his danger or strict confinement.; but that by his sweet and pious demeanour he attracted an esteem and reverence from the few that came near him.

The trial being ended, we had free intercourse by letters with each other. And now it was that I clearly perceived the Spirit of God in him and those lovely fruits of the Holy Ghost, charity, joy, peace, etc., transparent in his soul. And not only I, but many other Catholics who came to receive his blessing and were eye-witnesses, can testify, there appeared in his words, in his actions, in his countenance, something so divinely elevated, such a composed mixture of cheerfulness, constancy, love, sweetness, and candour, as manifestly denoted the divine goodness had made him fit for a victim, and destined him for heaven.

The Benefits of His Company

None saw or came near him but received new comfort, new fervour, new desires to please, serve, and suffer for Jesus Christ by his very presence. His love had extinguished in him all fear of death. Hence the joy of our holy martyr seemed still to increase with his danger, and was fully accomplished by an assurance of death.

He Divested Himself of Himself

After he certainly knew God Almighty had chosen him to the crown and dignity of martyrdom, he continually studied how to divest himself of himself, and become more and more an entirely pleasing and perfect holocaust; to which end he gave up his soul, with all its faculties, to the conduct of God; so, for God’s sake, he resigned the care and disposal of his body to unworthy me.