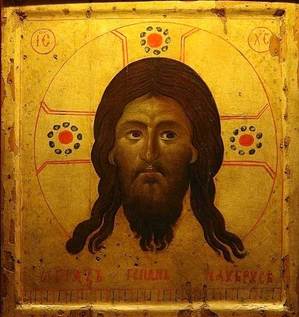 Saint Jeanne of Toulouse
An integral part of our life at Silverstream Priory is the Act of Reparation (amende honorable) that we make every day after Holy Mass.

The original text, which is the source of the prayer we use today, dates back to those days of the thirteenth century when the Cathars and Albigensians were ravaging the south of France with their virulent heresies. Raymond of Toulouse, a Cathar, assassinated his brother Baudouin, who held fast to the Catholic faith. Baudouin had a daughter, Jeanne, who, to make reparation for her uncle’s homicidal crimes, enclosed herself in a little house built against the wall of the Cathedral of Saint-Étienne; there she lived as a recluse. Peering through the hagioscope (a little window giving a view of the altar) of her cell, Jeanne adored the Most Holy Sacrament. Jeanne of Toulouse would be one of the first souls to practice day and night adoration of the Most Holy Sacrament of the Altar in a spirit of reparation. When Jeanne died, the Act of Reparation that she had written on parchment was placed in her hand and buried with her. Each time her body was exhumed, the parchment of the Act of Reparation was seen to be intact in her hand.

A Carmelite Connection
In about the year 1620, on one of the occasions when the body of Saint Jeanne of Toulouse was exposed, some Carmelite Fathers copied the text of her Act of Reparation. The text interested them because Jeanne, although a recluse, was spiritually affiliated to the Order of Carmel. Some would argue that Jeanne was the first Carmelite tertiary.

Mectilde de Bar
When Mother Mectilde de Bar began her Eucharistic renewal of Benedictine life in the 17th century, she borrowed the Act of Reparation written by Saint Jeanne of Toulouse, and made it her own. After having prayed it herself, she transmitted it to her daughters, through whom it found its way into a number of manuscripts.

At Silverstream Priory Today
The version of the prayer that we use at Silverstream Priory divides the various motives for reparation over the days of the week, in such a way that the central portion of the text changes each day, while the beginning and end remain the same. One of us, designated the reparator of the day, reads out the prayer, kneeling in the middle of the choir with a lighted candle in his hand and having, about his neck, the rope that signifies a humble and penitent solidarity with all poor sinners.