Skip to content
HomeChantAnd what are you singing today? 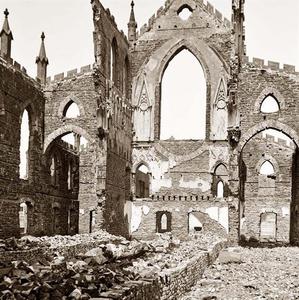 The Lex Orandi
Laetare Sunday reminds us that Catholic culture is shaped by the Sacred Liturgy: not only by the calendar of the Church, but also by the Proper of the Mass. I have long argued that the Proper of the Mass is a constitutive element of the Lex orandi — not just the text of the Proper, but also the melodic vesture of the Gregorian chant that clothes it and expresses its meaning.
Termites in the House
The option of selecting an alius cantus aptus (another suitable chant) has, in no small measure, contributed to the dismantling of the Roman Liturgy. The Proper of the Mass is not a decorative element, added onto the fundamental structure of the liturgy as a kind of embellishment; it is, rather, a supporting beam of the whole edifice. Move it, and the whole structure is weakened and, with time, will collapse. Is that not what we have seen over the past forty-five years? The alius cantus aptus has, in most places, replaced the Proper of the Mass, and liturgical termites have infested the whole structure.
Recover the Propers
To my mind, one of the most urgent tasks of The Reform of the Reform is the suppression of the provision for an alius cantus aptus, and the restoration of the traditional texts of the Proper of the Mass, taking care, at the same time, that the texts given in the Missale Romanum correspond to those in the Graduale Romanum. (I would also argue for the restoration of the text of the Offertorium [Offertory Antiphon] to the editio typica of the reformed Missale Romanum.) The replacement, in the Missale Romanum of 1970, of the venerable sung texts of the Graduale Romanum with texts destined to be read, was an innovation without precedent, and a mistake with far reaching and deleterious consequences for the Roman Rite.