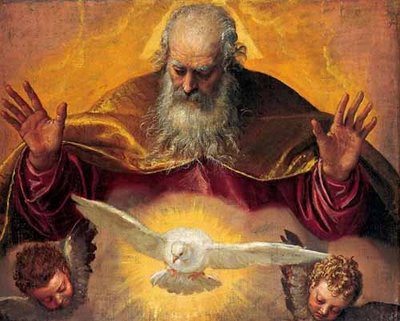 In today’s little commentary on Cardinal Piacenza’s conference on Priestly Celibacy, I focus on the profound spiritual freedom that is a fruit of chastity in the celibate state, and that allows the priest to receive and to exercise the grace of spiritual fatherhood. Along the many holy priests characterized by this grace of paternity, I would point to Blessed Columba Marmion, Saint Pio da Pietrelicina, Saint Gaetano Catanoso, and Chanoine Louis Croset Again, my comments are in italics.
Liberty of Body and Soul

Another reason for Celibacy is identified out by the Pontiff in the need, connected with the Mystery, of a profound spiritual freedom. The Encyclical states: “it is that they may acquire this spiritual liberty of body and soul, and that they may be freed from temporal cares, that the Latin Church demands of her sacred ministers that they voluntarily oblige themselves to observe perfect chastity” (n.22), and he adds: “Consider again that sacred ministers do not renounce marriage solely on account of their apostolic ministry, but also by reason of their service at the altar” (n.23). In this way emerges how the Magisterium of Pius XII ties the cultic reason to that of the apostolic and missionary motivation for Celibacy in a synthesis that, far from opposing them, represents a complete unison in favour of priestly celibacy.

Pius XII had already stated in his Apostolic Exhortation Menti Nostrae: “by this law of celibacy the priest not only does not abdicate his paternity, but increases it immensely, for he begets not for an earthly and transitory life but for the heavenly and eternal one” (n.26).

Photo: Saint Gaetano Catanoso (1879-1963), a model of spiritual paternity for all priests. 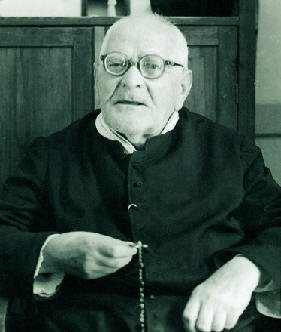 The Healing Power of the Father’s Love
A priest cannot grow into nor can he exercise his “heavenly and eternal paternity” (Pope Pius XII) without first experiencing his own sonship in the Eternal Son and the love of the Eternal Father. For many priests, faith in the Fatherhood of God is a path to interior healing. This is especially true for those who, for one reason or another, did not grow into manhood in liberty of heart and in joy under the affirming gaze of a father. The Eternal Father desires to banish fear from the hearts of his priest-sons. God’s will is that His priest-sons should “serve him without fear, in holiness and justice before Him” (Lk 1:74-75) all the days of their life.
As Jesus Was Father in the Midst of the Apostles
God would have every priest know that he is loved and surrounded by His paternal presence as Father, a presence that sustains the priest, that allows him to become in every way the man that God has always wanted him to be. Faith in the paternal presence of God allows the priest, in turn, to become a father, a father in the image of The Father, a father even as Jesus was fully father in the midst of His disciples. The disciples discovered the fatherhood of God on the face of Jesus Christ. They felt the Divine Fatherhood when they drew near to His Sacred Heart. They saw the Fatherhood of God at work in the signs of mercy and power that Jesus worked in His Father’s Name.
Abandonment to the Father
It must be the same for us, priests. We are called to be living images of the Divine Paternity. The Father Himself implants in the heart of His priests the charism of a paternal love. By virtue of this grace of paternal love, the priest can bring healing to a multitude of souls held back in their spiritual development for want of the indispensable experience of a father’s love. Out of that experience souls can grow in the theological virtue of hope, in confidence, trust and, ultimately, in the practice of abandonment to the Eternal Father’s love and unfailing providence. There is, by the way, a little known classic on this very subject, L’abandon filial by a humble, hidden religious named Soeur Jean-Baptiste. As far as I know it is available only in French, but it merits being translated into English.
The Spiritually Fatherless
It seems to me that the Eternal Father desires, at this precise moment in the history of the Church, to renew the grace of fatherhood among His priests. It is when a priest is father that he corresponds most fully to God’s designs of love upon his life. The Church, beloved Spouse of Jesus Christ, suffers because so many priests fail to live the singular grace of their supernatural paternity. Souls seek fathers and, all too often, they are sent away disappointed and abandoned to live among the vast numbers of the spiritually fatherless who mark contemporary society with a particular sadness.
Divine Fatherhood in the Souls of Priests
The Eternal Father would have each of us priests receive the graces and the supernatural energies of the Divine Fatherhood in our own souls. The more a priest lives out his paternal mission, the more will he resemble the Only-Begotten Son who said, “He that seeth me, seeth the Father also” (Jn 14:9).