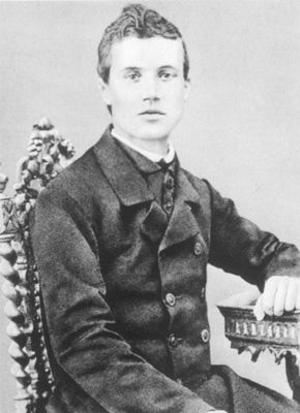 Itching Ears Among Us
Saint Pius X exemplified the words of the Apostle to Timothy: “Preach the word, be urgent in season and out of season, convince, rebuke, and exhort, be unfailing in patience and in teaching. For the time is coming when people will not endure sound teaching, but having itching ears they will accumulate for themselves teachers to suit their own likings, and will turn away from listening to the truth and wander into myths” (2 Tim 4:2-4). One hundred years after Pope Saint Pius X we have to ask ourselves if there are not still “itching ears” among us.
What causes one’s ears to itch? Curiosity. Lack of discernment. A weak background in Catholic doctrine. Faithful Catholics cannot permit themselves to read just anything. To read authors of dubious orthodoxy or authors critical of the Magisterium is like scratching an itch. It becomes worse. Why would one would even want to read such authors when one can choose from among the inexhaustible richness of the writings of the saints of every age?
Weeds Among the Wheat
We flatter and deceive ourselves by saying that we are adults, that we are discerning, that we are capable of recognizing error, and that we are not affected by being exposed to questionable teachings. But we are wrong. Error is pernicious. It is like a little seed that, after a time, takes root, and then grows up as menacing weed. You know the parable of Our Lord: “While men were sleeping, his enemy came and sowed weeds among the wheat, and went away. So when the plants came up and bore grain, then the weeds appeared also. And the servants of the householder came and said to him, ‘Sir, did you not sow good seed in your field? How then has it weeds?’ He said to them, ‘An enemy has done this’” (Mt 13:25-28). Be watchful lest, while you sleep, an enemy sow weeds among the wheat of your field. 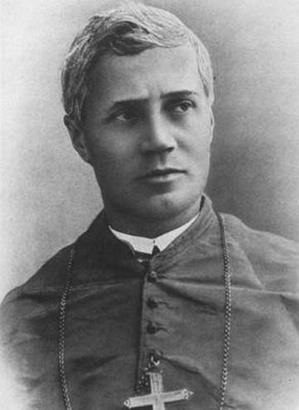 Purity of Doctrine
Pope Saint Pius X was fearless in exposing error and he was selfless in sowing the seed of truth, of beauty, and of goodness in the field of the Church. “We had confidence in our God, to speak unto you the Gospel of God in much carefulness” (1 Th 2:2). Pope Pius X was an intrepid defender of the purity of Christian doctrine. He exposed and condemned the heresy of Modernism with energy and clarity.
Gregorian Chant
We remember Pope Saint Pius X especially for his famous Motu Proprio of November 22, 1903 on the reform of Sacred Music and the restoration of the Church’s plainchant. Like Pope Benedict XVI today, Pope Pius X was a musician; he was above all concerned that the faithful of the Catholic Church might pray in beauty. He recognized in Gregorian Chant the native idiom of the Roman liturgy. Gregorian chant shines with an evangelical poverty. It is chaste in its expression. It is entirely obedient to the Word of God that it clothes, carries, and delivers.
Worthy of the Temple
Both Pope John Paul II and Pope Benedict XVI have reiterated his insistence on the primacy of Gregorian Chant and the value of the traditional Roman polyphony in the liturgy of the Church. On November 22, 2003, the anniversary of Pius X’s Motu Proprio, Pope John Paul II said, “With regard to compositions of liturgical music, I make my own the general rule that St Pius X formulated in these words: ‘The more closely a composition for church approaches in its movement, inspiration and savour the Gregorian melodic form, the more sacred and liturgical it becomes; and the more out of harmony it is with that supreme model, the less worthy it is of the temple.’” On June 24, 2006, Pope Benedict XVI spoke in similar terms: “An authentic renewal of sacred music can only happen in the wake of the great tradition of the past, of Gregorian chant and sacred polyphony.”
The Holiness of Priests
Pope Pius X was also zealous for the holiness of the clergy. Writing to priests in 1908, he said, “Your sanctification has, indeed, first place in our thoughts and in our cares; therefore, with our eyes raised to heaven, we frequently pray for the whole clergy, repeating the words of Christ, our Lord: Holy Father . . . sanctify them (Jn 17:11, 17). Intercession for priests was integral to Pius X’s program for the restoration of all things in Christ.
Children
It was Saint Pius X who opened Holy Communion to little children. He invited the Catholic faithful to frequent, even daily Holy Communion. Pius X came to be known as the “Pope of the Eucharist,” a title that he now shares with Pope John Paul II, the author of Ecclesia de Eucharistia and of Mane Nobiscum, Domine.
Two Popes of the Eucharist
Divine Providence marked both the beginning and the end of the last century with Popes utterly devoted to the Most Holy Eucharist. Pray for us, Saint Pius X, that rejecting all that opposes the splendour of the truth, we may enter with pure hearts into the liturgy of the Church, and so “offer a worthy ritual to the Divine Majesty, to the praise and glory of His name, and to the benefit of all His Holy Church (Benedict XVI, Summorum Pontificum).