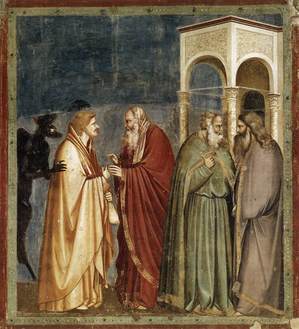 When A Priest Hates His Priesthood
A priest, recently accused of stealing funds from his parish and of using it to pay for certain vices, is quoted in the news as having said that he had come “to hate his priesthood.” This statement was, to my mind, more disturbing and painful than anything else in the reports of the media. How does a priest arrive at a point in his life where he hates his priesthood?
Into Despair
The priest who hates his priesthood, hates his very self, his truest self, his sacred identity. The priesthood is not a profession that one exercises, it is, rather, by virtue of the indelible character impressed upon his soul at ordination, a real identification with Christ the Eternal High Priest and Spotless Victim. Hatred for what is sacred is one of the signs of diabolical influence and activity. The devil knows the psychology of priests. Centuries of experience have given him a refined knowledge of which temptations work best in trying to bring down a priest. With his perverse intelligence, the devil can lead a priest from weakness to weakness, and vice to vice, into a state of despair and self-loathing. His ultimate goal, of course, is to cause the priest to despair of the mercy of God and, out of that despair, destroy himself. This doesn’t happen overnight.
Corruption
The corruption of a priestly soul happens slowly, almost imperceptibly. Typically, it happens through one of three avenues: the lust for power, the lust for money and possessions, or the lust for sexual gratification. Although all three lusts are closely interconnected, one generally takes the lead, drawing the two others after it. Where one finds impurity, for example, one will also, in all likelihood, find ambition, greed, self-aggrandizement, and the appetite for power over persons and things. 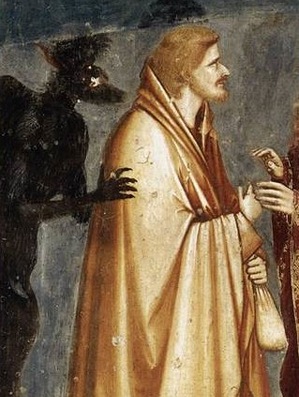 Pride and Anger
What triggers the initial collusion with vice? Pride, being an unreasonable appreciation of one’s own worth and narcissistic perception of one’s own place in the world spawns other vices. So too does anger: anger over injustices, anger over lost opportunities, failures, rejections, deeply rooted hurts, betrayals, disappointments, or abuse. Habitual sins of impurity, for example, can often be traced to unresolved anger and the refusal of forgiveness.
Envy and Greed
Envy and greed can also also trigger the collusion with vice. Another has the possessions, qualities, position, power, good looks, intelligence, or popularity that one wants. The more one becomes obsessed with what one does not have and with what another has, or appears to have, the more one suffers from a gnawing emptiness within. Out of that emptiness spirals the rage of envy. Such an enraged envy can beget any number of vices.
Gluttony and Sloth
Gluttony and sloth soften a man and dispose him to melancholy, self-pity, listlessness, and lack of energy. All or any one of these characteristics are spiritual danger signals, especially in the life of a priest. If they are not brought to the light and confessed to a spiritual father with honesty and humility, a capitulation to vice is inevitable.
Spiritual Blindness and Hardheartedness
The capitulation to vices leads to spiritual blindness and hardheartedness. The priest in this state becomes indifferent to the sins of sacrilege that defile his ascent to the altar. He no longer feels compunction for his sins. The emptiness and bitterness generated by vicious acts compels him to look for ways to deaden the salutary disgust that a soul in the state of grace feels in the face of sin.
Why Does It Happen?
How can it be that a priest, who presumably preaches the Word of God, administers the sacraments, and offers the Holy Sacrifice regularly, can descend to the point of hating his own priesthood?
1. First of all, unless certain ascetical safeguards are in place, the current living situation of many diocesan priests is intrinsically dangerous and unhealthy. Alone after an exhausting day, with nought but the computer, the television, the refrigerator, and the liquor cabinet to fill his evenings, he is accountable to no one. Diocesan priests are not called to an eremitical life. The diocesan priest needs 1) the Eucharistic context provided by the parish community, 2) the affective context provided by healthy friendships with other priests and by frequent exchanges with them, and 3) the mystical context provided by intimacy with Our Divine Lord in the Sacrament of His Love and in the Word of God, with Our Lady, the Mother of Priests and their Advocate, and with the angels and saints.
2. Every bishop is bound to see his priests regularly, to know them, and to inquire if they are offering Holy Mass daily, praying the Divine Office, expressing devotion to Our Lady through the rosary, going to confession regularly, and baring their soul to a spiritual father. A bishop who never asks these questions of his priests — for fear of being intrusive, or because their outward appearance gives no cause for alarm, or because their administration of the parish raises no red flags — is shirking his primary responsibility, the one upon which the very life of the diocese depends: the moral health and spiritual vitality of his clergy. An exaggerated notion of the “internal forum” has led some bishops never to broach the subject of the interior life with their priests. This is a deadly misconception.
3. When priests are not accountable to each other, the entire notion of sacerdotal brotherhood is compromised. “Am I my brother’s keeper?” (Genesis 4:19) A priest who refuses to intervene when he sees disturbing indications that all is not well in the life of a brother priest, will be held accountable for the sins of that brother priest and for his fall from grace. Interventions require humility, gentleness, tact — and all the gifts of the Holy Spirit. Interventions are difficult both for the priest intervening and for the priest being confronted, but they can be a matter of spiritual life or death.