Skip to content
HomePope Benedict XVIThe Liturgy: A Pedagogy of the Renewed World 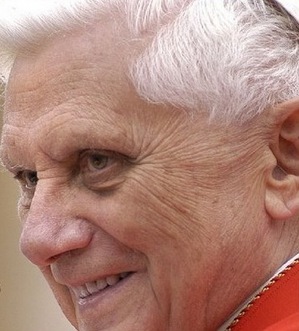 Be sure to read Msgr. Massimo Camisasca’s article on The Method of Benedict XVI. The full text is here. Here is an excerpt. Subtitles are my own.
God Can Change the Heart of Ecclesiastics
He is convinced that God can do anything, even change the heart of the ecclesiastics and open them to a truer account of the good of the Church and their own lives.
Focus on the Liturgy
What are the lines of this concentration? First, its focus is directed at the liturgy. One of the last books published before his accession to the papacy, Introduction to the Spirit of the Liturgy, if reviewed today, may be a useful key to understanding the totality of this pontificate in its development so far. I do not want here to refer to the motu proprio concerning the rehabilitation of the Mass of St. Pius V, but something much deeper, the same concept that Ratzinger has of the liturgy as the moment of the manifestation of God’s absolute prior initiative in human life, his grace, his mercy, and at the same time his ability to intervene in history, to give shape to existence, to accompany, visibly and invisibly, the paths of the cosmos toward their recapitulation.
His Liturgical Preaching
Whoever wants to understand something of this pontificate must read and reread carefully the homilies of Benedict XVI, especially those given during important liturgical moments, Advent and Christmas, Lent and Easter, Pentecost. This was noted several times by Sandro Magister in his articles. In those texts, Josef Ratzinger clearly appears as a new Leo the Great, a new Ambrose, a new Augustine, one who is able to draw an existential pedagogy from the liturgical itinerary, revealing all the way of man towards God and of God towards man.
Continuity of Tradition
There is no lack, of course, in these homilies, of the depth of the history of the Church, the ancient liturgical prayers, especially Latin, from which Ratzinger draws freely to show the continuity of tradition and its efficacy. But also the liturgical gestures, timing, space. For him, everything is revealing a pedagogy of the renewed world. It is as if Benedict XVI had renounced discerning what to do depending on its immediate efficacy. He knows that the crisis of the Church and in the Church is profound. He wants to sow deeply.
The Pauline Year
In light of these considerations, we understand two other initiatives that I put at the same level as attention to the liturgy. I’m talking about the Pauline year and the announcement of the year dedicated to the priesthood. Through the current Pauline year, Benedict XVI wants to return to the roots of the Church and at the same time promote an exposition focused entirely on the faith in Christ and on Christian doctrine. For Paul, there is only Christ, and Christ crucified and risen. He never addressed in his letters the childhood of Jesus (everything is concentrated in four words: born of a woman), he did not speak of life in Nazareth, or even three years in the apostolic community. For Paul, the Jesus that interests him is specifically the Jesus of the passion, death and resurrection, who has ascended into heaven and is seated at the right hand of the Father, the Son of God made flesh. The Pauline year permits sensitive and attentive pastors to repropose the heart of Christian experience in such a vital way.
Priests and the Year of the Priest
Similarly, and with the same radicality, Benedict XVI knows that the most serious crisis of the Church today is the priestly life: teachers are scarce, uncertain lessons are taught in many schools of theology. There remains an emotional crisis for many priests, marked by loneliness and withdrawal. But most of all in many countries, there is a progressive reduction of the People of God, whose education and growth is the primary purpose of the life of the priest. It is therefore no accident that Pope Ratzinger wanted this year of the priesthood, linking it to the 150th anniversary of the death of the holy Cure D’ars.