Skip to content
HomeLectio DivinaThe Vine, the Branches, and the Call to Spiritual Fecundity 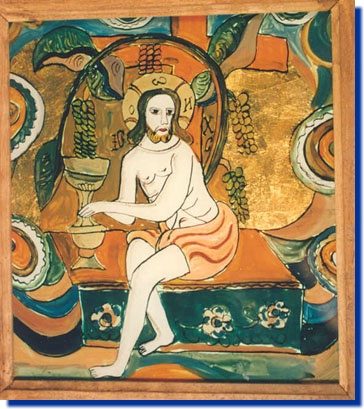 Our Lord, in the fifteenth chapter of Saint John, raises us straightaway to the mystery of the Holy Trinity, the source of all fecundity. Consider the very first verse: ”I am the true vine and my Father is the vinedresser” (Jn 15:1). When Jesus says, — “I am . . . and my Father is,” He opens for us a door into His life with the Father in the Holy Spirit.

“Knock,” He says, “and the door will be opened to you; to him who knocks it will be opened” (Lk 11:9-10). Shall we stand on the threshold and peer in from the outside, or shall we heed the promptings of the Holy Spirit and cross the threshold of the banqueting house where the wine is already poured out? Let us go in to the Son, and with the Son and through Him, let us go in to the Father, drawn on by the Holy Spirit. “He has brought me to the banqueting house,” says the bride of the Canticle, “and His banner over me was love” (Ct 2:4).

The Father is the Vinedresser

Christ reveals the Father to us as the vinedresser (Jn 15:1). The prophets had already spoken of the God of Israel as the planter and keeper of the vine. Our Lord would have us understand that the Father is more than the One who tends the vine. The Father is the origin of its life, giving it growth from within. The Father fosters growth from within by pruning from without.
“Every branch in me that bears no fruit He cuts away and every branch that does bear fruit He purifies” (Jn 15:2). We should expect to be pruned. How are we to “bear fruit, fruit that will last” (Jn 15:16), unless we submit to the Father’s pruning? If we are to be fruitful, then everything withered, everything sterile, everything in the way of the expansion of divine life, every impediment to fecundity, in us must be pruned. 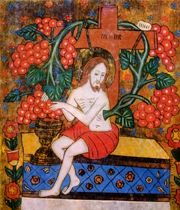 There are persons for whom pruning takes the form of relentless doubts, of temptations against the Truth, and of rebellion against God. In these the Father may be fashioning a strong and shining Faith, capable of withstanding every assault.

There are others for whom pruning takes the form of an apparent loss of meaning, with violent temptations to discouragement leading at times to the edge of despair. Saint Thérèse of the Child Jesus and of the Holy Face experienced this. In souls tormented by temptations to despair, the Father may be fashioning an immense and glorious hope, capable of boundless confidence and of heroic surrender.

In still other persons, the pruning knife is applied to the most intimate impulses, to the desire to love and to be loved. The experience of rejection, of sweet loves turned bitter, of desires that rage within and batter the heart, may in fact lead to a purification of the passions, rendering the soul capable of accommodating the blazing fire of divine charity. In these, the Father may be fashioning true lovers, passionate lovers, inflamed with the Holy Spirit.

The cutting edge of the pruning knife is suffering and yet, the hand which holds the knife is the hand of Infinite Love. Suffering is not good; it is the effect of sin. And yet, with an indescribable tenderness, the Father makes use of it in such a way as to make us bear abundant fruit. How often lives of great suffering are lives of immense fruitfulness!

The Universal Call to Fecundity

How do we know if we are slipping into the mentality of spiritual contraception? Some indications would be:
— a shrinking of one’s horizons;
— a lack of apostolic zeal;
— a loss of the willingness to make sacrifices for souls;
— a refusal of the gifts of others;
— a shrinking from the exigencies of spiritual maturity;
— a reticence to accept with gratitude the charisms of spiritual fatherhood and motherhood;
— a tendency to focus narrowly on oneself and one’s needs.

The Fatherhood of the Priest

The priest is called to spiritual fatherhood, to supernatural generativity. Woe to the priest who shrinks from fatherhood. He will remain incomplete: an unhappy man, frustrated and empty. Priests are addressed as “Father.” It is a title that identifies the priest with the merciful and infinitely fruitful Paternity of God. The priest who takes the name of “Father” lightly, or prefers to be called by name only is, more often than not, consciously or unconsciously in conflict with the exigencies of his priesthood.

Every priest is called to spiritual generativity. Sometimes the fatherhood of the priest is rejected, just as a natural father can be rejected by the child whom he loves. There is no greater suffering for a priest but, even then, in a mysterious way, the paternal suffering of the priestly heart is fruitful for the Mystical Body of Christ.

The nun, and indeed every woman living united to Christ, is called to spiritual motherhood, to a supernatural generativity that knows none of the limitations of biological fecundity, for it continues into old age and, indeed, into eternity. It is an historical fact that the widespread rejection of the title “Mother” among women religious coincided with the rejection of Pope Paul VI’s Encyclical, Humanae Vitae, in 1968. From that time on vocations to the consecrated life among women began to plummet except in those communities where there was a conscious decision to reject the mentality of spiritual contraception and affirm the call to motherhood.

Spiritual motherhood is not without suffering. As with biological motherhood, there are the pangs of giving birth and the sorrows of separation from the life one has carried and nurtured. It is a costly vocation, but for the women who embrace it, there is no greater joy.

Our Lord invites each of us without exception to intimate union with Him and to supernatural fecundity. Eucharistic communion is ordered to a Eucharistic fruitfulness. “He who abides in me, and I in him, he it is that bears much fruit, for apart from me you can do nothing. If a man does not abide in me, he is cast forth as a branch and withers; and the branches are gathered, thrown into the fire and burned” (Jn 15:6). The Bridegroom Christ calls us to the Holy Mysteries. Holy Communion is the life of the vine communicated to the branches. “I came that they may have life, and have it abundantly” (Jn 10:10). Say “Yes,” then, to life. “Be fruitful and multiply” (Gen 1:28).